The Philippines continues to be an attractive destination for Indian students who wish to pursue medical education in recent years. Besides its affordable medical universities, its abundant natural resources, its acceptance of the English language, the country welcomes diversity like no other; locals are hardly seen inhospitable to tourists and foreign students. Filipinos are warm, cheerful people with a great sense of humor. According to the Gallup Index, the country is almost ranked among the happiest countries in the world. Pursuing a graduate study or MBBS in Philippines is definitely a wise decision! Philippine universities offer world-class education in medicine, nursing, pharmacy, business, and more. Indian students are keenly interested in some of the best medical universities in the Philippines. Medical education in the Philippines is an easily achievable option for Indian students due to a variety of reasons including similarities such as family and welcoming culture, affordable cost of living and tuition fees, compatible education quality, state-of-the-art infrastructure, and advanced educational methods. Let’s take a look at some other aspects that have attracted international students to medical universities in the Philippines.

Language – The Philippines is the third English speaking country in the world. English is used all over the country. Most billboards, road signs, newspapers, radios, grocery stores, markets, shopping malls, and education systems use English in their written and verbal communications.

Safety – An international student is always looking for a home away from home and that only comes with a familiar culture, security, and assurances of growth. The Philippines is comparatively considered a safe country; however, one should be aware of his surroundings all over the world at all times and the same simple rule applies in the Philippines as well. You cannot have your passports, personal IDs, and all credit cards with you at all times. Whether in Mumbai, Shanghai, Moscow, Mombasa, Sydney, or New York, pickpockets are found everywhere. Yes, their number increases or decreases depending on the city and country where you are. The Philippines is generally considered to be a very friendly, safe, and welcoming country; their acceptance of diversity, different cultures and food has attracted tourists and international students from all over the world.

Eligibility – The current education system in the Philippines requires four years of college-level after high school to earn a bachelor’s degree. Thus, at the end of 14 years, they are admitted to the course of medicine if they wish to pursue studies in medicine. An Indian student who studied in India under the 10 + 2 system must therefore take the BS course before entering the medicine. However, some additional credits for the BS course are given for +2 that the Indian student has done, and the remaining credits from the BS course must be earned within the three semesters before they graduate from BS. Subsequently, he is eligible for the medical course. In short, an Indian student takes a 2 year and 4 year BS + MD course respectively. The system is expected to improve in the coming years as the Philippines also move to the 10 + 2 system.

Universities – The Philippines is fast becoming one of the best centers for medical education in the world. Renowned institutes such as AMA School of Medicine, Cebu Medical University, De La Salle Institute of Health Sciences, Emilio Aguinaldo College, Central Manila University, Our Lady of Fatima, the University of the North of the Philippines, and the University of DALTA Perpetual Aid System are growing rapidly to attract more international students year after year. Universities have great student resource centers, ex-pat and alumni communities, a student hostel with great meal plans, including vegetarian and vegan options, and in-room kitchenettes. . Indian food is also available at most universities.

Quality of Education – Most educational institutions in India follow UK methods and curricula, while education in the Philippines is heavily influenced by US methods and curricula. Here the success percentage is 75% much higher unlike in India. However, the private colleges here are still cheaper and affordable unlike in India. Plus, there is no capitation charge for admissions which is an added bonus. Students should be aware of exams such as NMAT (National Medical Admission Test) before coming to the Philippines i.e. Basic Medicine (MD) admission requirement.

Future Prospects – After completing the MBBS in abroad from the Philippines, medical students can practice in approximately 50 countries around the world. All they need is to pass this country-specific drug test. Graduates from leading Philippine universities are eligible to participate in the USMLE (the United States Medical Licensing Examination) Doors Open in the United States (US). The medical graduates of these universities have distinguished prospects for the future and there is a huge demand for sincere, dedicated, and trustworthy physicians to serve humanity in today’s growing world.

Reading and believing are different from real experience, so just make sure your admission and visit the Philippines as a student; it will be that decision of your life that you will never regret your life. 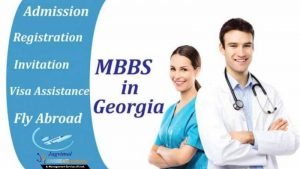 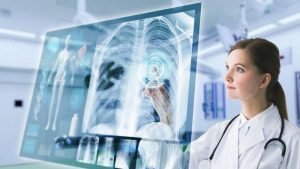 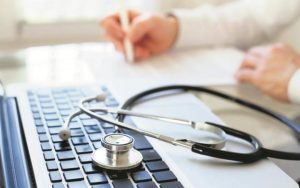 Universities of China High in Demand among Students