If you plan to go on a trip at some point, one of the best ways to capture those memories is to take pictures with a 1080p HD video camera. But if you like taking candid photos and don’t want your subjects staring at your lens the whole time, you should use a camera that doesn’t look like a camera.

With smartphones today getting better and better cameras, there’s no need for an additional device just for photography. While this may be true in most cases, there are benefits to bringing along a digital single-lens reflex (DSLR) or interchangeable lens system (ILC) camera when traveling — even if you have a smartphone with you as well. To give you an idea of what type of model is suitable for travel, we rounded up a list of six camera models.

Before we begin, though, it’s worth mentioning that this article is not about bridge cameras, which have a much larger zoom range but sacrifice image quality and speed. Bridge cameras are still great for travel photography, but they’re slightly different from what you’ll see below. With that said, here are the types of cameras that will serve you well on your next adventure:

The first type of camera to consider is compact units with good image quality; these often go by the “compact interchangeable lens” (CILC) moniker and include mirrorless and DSLR cameras. Since they don’t look like traditional cameras and come in various shapes and sizes, you’re less likely to attract attention while taking pictures.

DSLRs and mirrorless cameras offer interchangeable lenses, which is great if you want more than the standard kit lens that comes with the body. Keep in mind, though, that selecting too many lenses will add weight to what’s already considered “heavy” gear by most travelers — so it might not be the best idea for hiking trips. Another point worth mentioning: You can get more features on some mirrorless cameras than others. For example, the Olympus OM-D E-M5 has a weatherproof design with dust resistance and splash-proof protection, even though it’s priced at under $1,000!

Next, you have bridge cameras. These are all-in-one units that look like a DSLR but don’t have an interchangeable lens system. As such, they tend to come with many of the same features as DSLRs (including powerful optical zoom lenses), but not all models offer RAW format support or manual controls (which some travel photographers like to use). However, this feature gap has shrunk in recent years — there are now several midrange and high-end bridge cameras that approach the image quality of mirrorless and DSLR cameras.

Premium compact cameras offer advanced features such as manual controls and RAW format support, but they’re much smaller than mirrorless or DSLR cameras. And since you’ll usually be carrying it around in your bag rather than your backpack, weight isn’t that big of a deal either. In addition to their slim design, these models typically have large sensors — which means better low-light performance and higher image quality. On top of that, premium compacts often come with fast lenses (e.g., f/1.8) and a host of other bells and whistles for those who want as many shooting modes as possible.

4) A Compact Camera With Advanced Features

There are also advanced compact cameras; these offer more features than basic compacts but aren’t relatively as small as premium compacts. They usually have small sensors, though — which means less dynamic range and depth-of-field control when compared to larger cameras. Also, the lens isn’t interchangeable in these models because they’re built for casual shooters who often don’t care about changing lenses.

Cinema cameras are designed for shooting videos, though — so if you’re a travel blogger who likes to make short films on the road, these cameras might be a good choice. You can get them in various forms: from handheld rigs with detachable displays to compact units with built-in 3″ touchscreen LCDs . There are also “cinema compacts,” which boast interchangeable lens systems and larger sensors for better image quality (at least on paper). Keep in mind that most cinema cameras don’t have advanced features such as built-in viewfinders or articulated displays, though — they’re mainly aimed at professional filmmakers due to their high price tags (USD 2,000+ for most models).

If you want an interchangeable lens system but don’t want to spend the money on a DSLR, mirrorless cameras are an excellent alternative. They’re smaller than DSLRs but more significant than other point & shoot models. Micro Four Thirds cameras are also the only type of mirrorless models that boast an interchangeable lens system; you can easily expand your field of view by using standard or wide-angle lenses with these cameras. Some models also offer built-in electronic viewfinders (EVFs), so you don’t have to rely on on-screen displays for framing images and videos.

No matter what type of camera you choose — whether it’s a standard or premium compact, advanced compact, cinema camera, mirrorless system, etc. — always remember to take your new travel buddy with you on your next trip! These devices are relatively small but pack many features that will enhance how you capture photos and videos on the go.

How to Setup Remote Viewing of Your CCTV Cameras?

How to Tell the Difference Between an GHD Hair Dryer from the Direct? 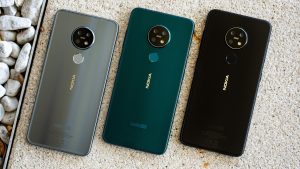