If you are looking to purchase a laptop, the processor is one of the essential factors you need to consider. The speed of your processor will affect how quickly your computer performs tasks, which directly impacts overall performance.

Don’t worry if you are not sure where to begin when understanding all of the different processors!

We’ve created a straightforward guide for everything there is to know about the best processor for laptop life. This guide will make finding which processor best suits your needs simple.

So when you feel like diving deeper into this helpful consumer information, keep on reading.

What Is the Laptop Processor?

As you might have guessed, the processor is an integral part of your computer that determines how fast it operates.

It acts as the brain of a device and works in tandem with other components such as RAM to process data (both incoming and outgoing). The performance level of your laptop depends on both its hardware (CPU) and software combinations.

Furthermore, processors are marketed according to their clock speed, which is the number of calculations they can complete in a single second. Lenovo makes some of the fastest laptops, and their results are astounding.

You will usually see processors advertised as dual-core, quad-core, or octa-core. This refers to the number of cores, or processing units, that the chip contains. More cores generally mean more power and faster performance, especially when running multiple applications at the same time.

However, don’t be fooled by processor clock speeds alone! Many other factors come into play when determining how powerful your laptop runs. For example, some laptops may have a slower processor but more RAM than another model with a higher clock speed.

The Laptop Processor: What Matters?

When deciding the best processor for you in a new laptop, two essential things will determine how a processor operates: the clock speed and core count. Laptop processors used clock speeds before CPU manufacturers switched over to using cores.

However, clock speeds are still referenced when discussing different processors’ power levels. This value refers to how many operations per second can be completed. So, if you get a laptop with a high clock speed, your laptop will run much faster.

The core count listed for processors is the number of cores your processor has, which helps it multitask. This multitasking efficiency is important because power can be spread out across these cores when you’re running multiple applications at once, thus allowing applications to run concurrently and improving performance.

If using a single-threaded processor, it only uses one core to complete a task. When it’s multi-threaded, it uses all of its roots at once. The more threaded a process is, the better its performance is on an octa-core CPU.

The single-thread and multi-thread performance specs are important for laptop processors. However, before we get into the specific, let’s look at an overview of basic laptop considerations.

Now that you understand the basics of laptop processors, it’s time to figure out which one will work best for you. If you’re looking for a powerful machine with no restrictions, then an Intel Core I series processor is your best bet. The downside to these high-end models is that they can be expensive.

If you don’t need as much power and want to save some money in the process, an AMD A-series or E-series APU might be more suitable for your needs. However, they won’t be able to handle intense gaming or video editing tasks as well as an Intel model.

The other factor to consider when choosing a processor is what type of laptop you’ll be using it with. While a gaming computer might benefit from an Intel Core I#, a regular workstation will likely run better on something like an AMD Ryzen. This is because of its ability to multitask efficiently and cost less.

Considering the components is important, but it’s not the only thing you should do. You need to understand the history of laptop manufacturers and their reputation. Even if a company makes powerful laptops, that doesn’t mean they make laptops that last.

Some brands create similarly packaged laptops but they just aren’t up to par. They purchase parts from component manufacturers and decide on the best combination for each of their models.

This can be problematic because components can be faulty and often do not pass the third-party assessment and stress testing. Some companies can ruin the laptop performance because of simple human error when applying thermal paste to new models. All of this has to be considered, and the best place to learn about these issues is on discussion forums.

How Are Laptop Processors Different From PC Processors?

There are a few key differences between processors that you’d find in a PC when it comes to laptop processors. These include the size of their cores, how much power they draw from the battery, and what type of laptop screen resolution they can handle. PCs and laptops cater to different needs, so they have processors that prioritize different features for optimal use.

As far as core count goes, laptops typically have two or four cores compared to eight cores for desktop models. The efficiency of laptops can become an issue if you’re trying to run multiple processes at once because your processor will be limited by its smaller amount of cores – resulting in slower performance overall.

Laptop CPUs also use less energy than those found inside PCs when working on battery power. This factor needs to be considered before deciding which one is the best processor for laptop efficiency.

PC processors are also able to handle a higher resolution than laptops, thus making them the ideal choice for gaming or video editing. Most people who game for their job or competition will get a custom-made PC for the best possible gaming experience. If you’re someone who frequently uses these types of applications, you’ll need to make sure that your new laptop has a compatible processor to get the most out of it.

In general, however, laptop processors are designed to be more power-efficient and portable. Since laptops prioritize portability over most other aspects, laptop processors differ from their desktop counterparts in specific ways. You can better decide which one will work best for your particular needs by understanding these distinctions.

Choosing between single-threaded and multi-threaded processors is something else to take into consideration. A multi-threaded process can use all of its cores for maximum efficiency. At the same time, one with only one thread will have lower performance overall unless you’re running just one application at a time.

The higher the score count on your laptop’s CPU, the better job it’ll do handling tasks like video editing or gaming. This is because these types of programs require complex calculations to work correctly.

While laptops typically have fewer cores than their PC counterparts, they tend to use less energy as well. This means that you’ll be able to get more battery life out of your laptop if the processor is designed specifically for this type of device rather than a desktop computer.

Before determining which one will work best for your individual needs, it’s essential to understand how these two components differ from each other and what those differences mean in terms of speed and performance.

Suppose you want something high-end with no restrictions. An Intel Core I series might be the way to go – although they can also cost quite a bit more money on top of that. On the other hand, AMD A or E series APUs are good choices depending on your budget and what you need the laptop for.

As laptops become more popular, the number of processors explicitly designed for them continues to grow.

With so many different options on the market, it can be challenging to determine which one is best for your needs. This is especially true if you’re not familiar with all of the technical jargon that comes with this type of purchase.

By understanding how laptop processors differ from PC ones, however. You’ll be able to make a more informed decision about which one will work best for your lifestyle and individual needs.

How Are Laptop Processors Made?

This means that the transistors inside them are larger on desktop processors. These carry out the calculations needed for processing tasks.

This difference is because laptops have much stricter thermal and power limits than desktops. This means that there isn’t as much room for error when designing and manufacturing these CPUs.

To stay within these limitations, laptop processors need to be designed with more efficiency in mind. This is why they tend to have fewer cores than their desktop counterparts.

Additionally, laptop CPUs use throttling to stay within these power limits. Throttling is when the CPU deliberately slows down its clock speed to conserve energy and prevent overheating.

While desktop processors can be overclocked, this isn’t possible with most laptops. Overclocking means that you can increase your operating system performance by manipulating specific settings.

This is because doing so would require more voltage and generate more heat. This could potentially damage the device if not done correctly.

As a result, laptop CPUs are typically designed to run at lower speeds than their desktop equivalents. This is to save on power and keep temperatures under control.

What Other Laptop Parts Should You Consider?

In addition to the processor, there are other essential laptop components that you’ll need to consider before making your purchase. One of these is your device’s amount of RAM (random access memory).

This allows it to run multiple programs at once and can be a deciding factor in how well your laptop performs overall.

Another thing to keep in mind is the type of graphics card included. If you plan on doing any gaming or video editing with your laptop, you’ll want one that’s capable of handling those types of tasks. Otherwise, you may find yourself struggling with lag and choppy frame rates.

Don’t forget about the battery! Laptop batteries come in all shapes and sizes. So, it’s essential to find one that will last long enough for your needs.

Suppose you’re constantly on the go and need a laptop that can keep up with you all day. Look for models with batteries rated at six or more hours of power. Otherwise, chances are they won’t be able to get through even half of an average workday before needing a recharge.

Your Laptop Choice Made Simple

By understanding how laptop processors differ from PC ones, you’ll make a more informed decision. You will choose which will work is the best processor for laptop lifestyle needs.

There are other components that you should consider before making a purchase too. Those are RAM, graphics cards, and battery life.

By doing so, you can ensure that your new laptop will meet all of your expectations. It will also ensure that the level of performance needed in today’s fast-paced world is provided.

It shouldn’t take long before finding the suitable processor for your specific device with this newfound knowledge. With enough patience and research, anyone should find the right fit when it comes time to upgrade or replace their current laptop. For more information on laptops and processors, feel free to explore our website. 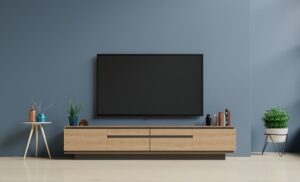 Watch Your Favorite TV Serial With these Smart TVs 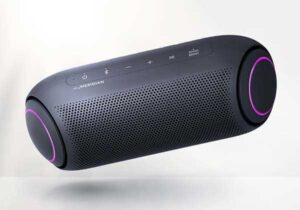 5 Reasons Why You Need a Bluetooth Speaker

What are the best features of the LG smart tv?